Suika (スイカ or Watermelon) is a fanmade Original Character

Sukia has salmon pink hair and soft green eyes. She has a smooth face with freckles under her eyes. She also has light green glasses. She wears the typical school uniform.

She has many scars and bruises

Suika is a very cold, calculated person. She never seems to socialize, and acts as if she hates everyone. She barely opens up unless your very kind. She is incredibly introverted and feels everything must be organized.

She is also incredibly depressed due to her home life. She spends most of her time crying in the school closets. She usually gets picked on frequently by other club members.

Sukia was born into a broken family. Her father,Kawa ,was very abusive, and disowned Suika, her sister, and her mother when she was four years old. Suika's mother grew filled with rage. She would be twice as abusive as Kawa ever was. One night, Suika's mother got tired of Suika's two year olds sister crying. She took her outside and shot her in the back of the head. Suika felt her sister was lucky because of this, because she would not have to suffer because of her family anymore.

All throughout her life, Suika was constantly blamed by her mother for both Kawa abandoning them, and for her sister's death. Her mother always threatened to kill her if she did not do well in school, so she made sure she always did.

She shut out most others, in fear they will all treat her as her mother has. She found the liteature club, and decided to join it, due to writing being one of her only passions.

A World of Outsiders

Suika is incredibly depressed, and self aware. She has a crush on Oka, and aspires to join the Student Council. 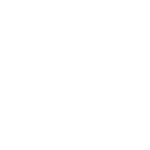